The issues related to COPV are a high concern for SpaceX and its partners as the company has had issues with COPV equipment in the past, where one of its rockets exploded in September 2016. 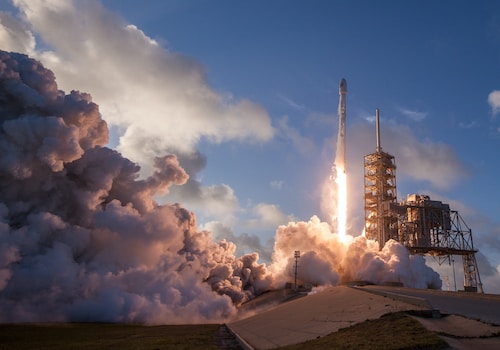 The issues were not necessarily the fault of the company itself, as it was a joint venture and multiple agencies were involved in the project. However, due to being the face of the project, SpaceX did get the majority of the fallacy shifted upon it for poor management of .

The company and several agencies conducted a postmortem on the explosion incidents and found that it was the COPV in the second stage LOX that became a thorn in the side of the leaders of the project.

But as SpaceX moves forward it knows that it has to pay attention to the COPV tanks and other equipment or potentially face a repeat of prior events.

Spacex Geared Up for New Launches and Resolved All COPV Issues

The Block 5 rocket will need to have to improvements in the COPV equipment prior to being pristine  and ready for flight. Crewed flights will add another element of responsibility as human lives will be at stake as opposed to money, equipment and potential deals that may hinge on successes of missions.

After SpaceX makes the necessary improvements to the ship, it will have to conduct several tests prior to stating that it is safe and secure for humans to jump in and take a ride. The Block 5 will be important to SpaceX as it supposed to be an upgraded version of the Falcon 9. The Block five is supposed to allow for lower costs per launch, it already has had more than forty launches, has had a flight and will be moving forward with another flight shortly. Upgraded features will help to cut down on costs and allow it have a continuous use case.

Now, SpaceX has to make sure that all issues are fixed prior to conducting several test flights. It has to meet one criteria, it cannot make design changes after it makes each flight. The tests have to simulate flights as if the crew was already there and there were more aspects at stake.

SpaceX has made sure to close attention to the COPV equipment, by looking at its previous incident and adjusting for the faults found in the post mortem. As such, according to magazines such as TheVerge, SpaceX has been configuring its COPV equipment to account for the high pressure that it will undergo during the launch. COPV safety is of utmost importance to all parties involved in with the project.

Now, this was the case in the first quarter of 2018. The situation is a bit different in the latter half of the year. It is a whole new world for SpaceX, well it will be after the next launch where it will be launching GPS III. The first test flight, as noted above, will take place in 2019. It should be part of a series of seven flights.

Steelhead Composites and the COPV